Look to Queer and Trans Leaders and Reclaim Revolutionary Possibilities 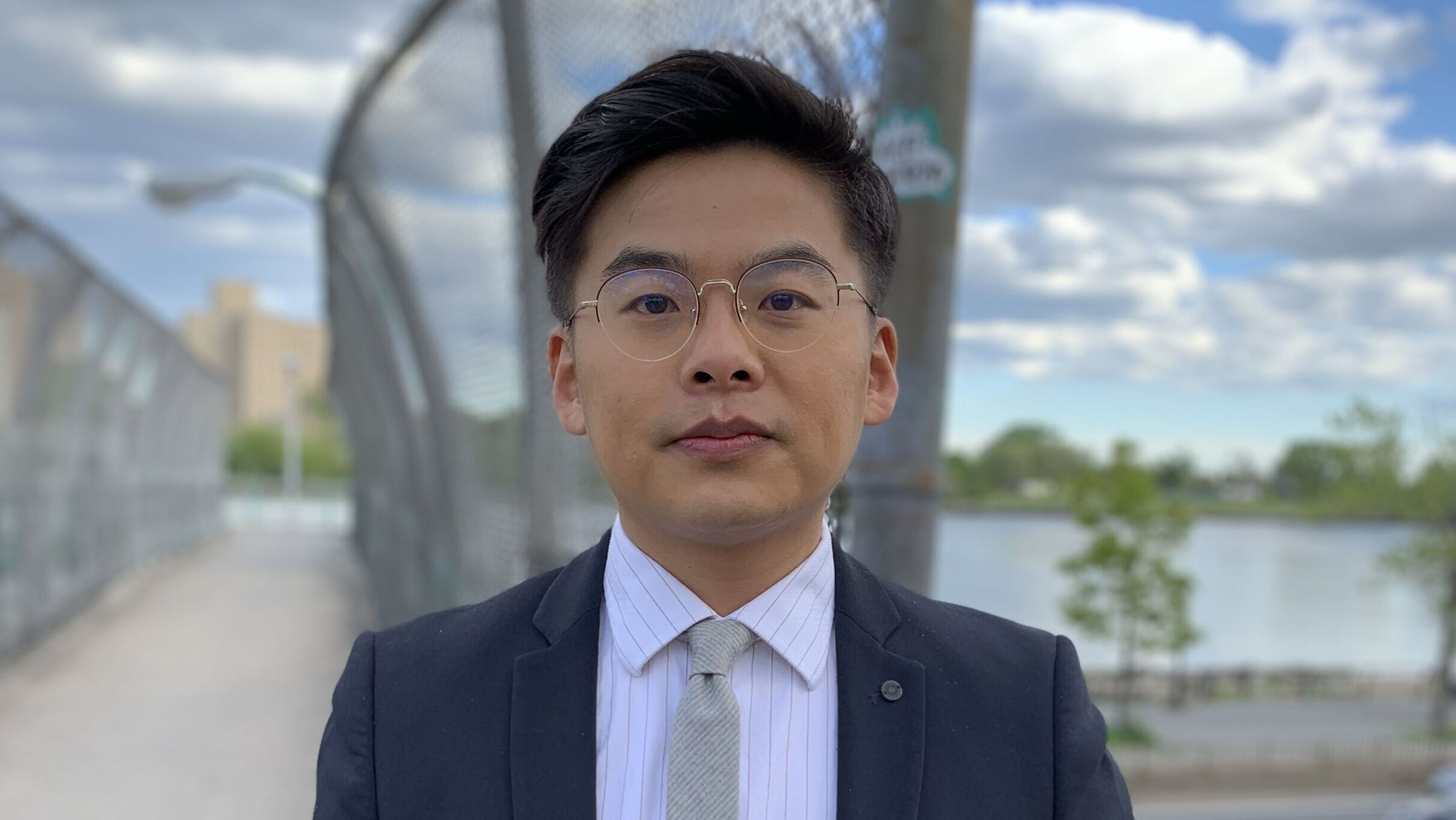 For this LGBTQ+ History Month, I want to pay tribute to the powerful queer and trans legacies of intersectional solidarity and resistance, and reclaim a queer future filled with “transformation, healing, and courage,” as Black Lives Matter co-founder Patrice Cullors has envisioned.

While LGBTQ+ communities grapple with tragedy and death, queer and trans lives are more than the horrific headlines of violence and simplistic narratives of victimization. Queer and trans people have always fought back against their oppression and demanded dignity, and our elders and ancestors of color in particular put their bodies on the line. They have shown us how to care for one another in order to survive. They fought for a world where liberation is truly for all of us—and not just the most privileged few.

Sylvia Rivera and Marsha P. Johnson, Fighting from the Margins To this day, our queer and trans ancestors guide us with a radical vision and imagination of solidarity. In recent years, Sylvia Rivera and Marsha P. Johnson have rightfully begun to receive significant acknowledgement as transgender activists and key figures in the gay liberation movement, including a NYC monument to memorialize them as a testament to Black and brown queer and transgender people who have always been at the heart of LGBTQ+ movements.

I was in my early twenties when I first learned about Sylvia Rivera—during a time when all mainstream representations of LGBTQ+ people conformed to assimilationist ideals of whiteness and normativity. Scouring the Internet to learn more about her life, I was mesmerized by her 1973 speech, “Y’all Better Quiet Down,” at the Christopher Street Liberation Day Rally in Washington Square Park. Rivera fought her way onstage and said, “I’ve been trying to get up here all day, for your gay brothers and your gay sisters in jail! They’re writing me every [expletive] week and ask for your help, and you all don’t do a god damn thing for them.”

The audience booed her as she called them out as “men and women that belong to a white, middle-class white club” who failed to attend the most vulnerable among the gay community, and she concluded her speech by chanting and pleading “GAY POWER.” Throughout Rivera’s life, she fought for queer and trans people who were at the margins, including homeless youth, those who are incarcerated, and sex workers. She also collaborated with the Young Lords  in the 1970s. As Rivera noted in a 2001 talk, “We were all involved in different struggles, including myself and many other transgender people. But in these struggles, in the Civil Rights movement, in the war movement, in the women’s movement, we were still outcasts. The only reason they tolerated the transgender community in some of these movements was because we were gung-ho, we were front liners. We didn’t take no shit from nobody. We had nothing to lose.”

Sylvia Rivera quickly became a touchstone figure in my own political consciousness, in addition to other queer and trans people of color who have lighted the way. It would take another decade before I learned of Kiyoshi Kuromiya. Born in a Japanese American internment camp during WWII, Kuromiya would later become active in the civil rights, gay liberation, and antiwar movements.

Kuromiya marched with Martin Luther King Jr. on Selma and developed a relationship with Huey P. Newton, co-founder of the Black Panther Party. Kuromiya was an early AIDS activist and member of ACT UP. He found out that he was  HIV-positive in the 1980s and would create a newsletter called Critical Path, which disseminated critical information about HIV/AIDS treatment throughout the 1980s and 1990s.

Like many LGBTQ+ people of color, he was active in multiple social movements because, as the Black lesbian poet Audre Lorde has said: “There is no thing as a single-issue struggle because we do not live single-issue lives.” Learning about the intersectional life’s work of Kuromiya reminds me, as a queer Asian American, we have always been here.

In 2019, I attended The New York Public Library’s exhibit Love & Resistance: Stonewall 50, and there was one image that especially stood out to me—of ACT UP activists packed in a crowded room with a singular Asian face. I posted on my social media asking if anyone knew who this person was. It was only earlier this year when I came across an article on Kuromiya’s legacy, that I realized the person in that photo was Kiyoshi Kuromiya. Similarly, I had seen video footage of ACT Up direct actions, including the Ashes Action in 1992 and 1996 when protesters dumped ashes on the White House lawn, in which I saw an Asian man who I now know to be Kuromiya. His face is a reminder that we have always been here—radical, bold, and unapologetic. One of the organizations I organize with today, GAPIMNY—Empowering Queer & Trans Asian Pacific Islanders, was formed in 1990 by John Chin, Don Kao, and John Manzon. GAPIMNY is an all-volunteer led organization based in NYC that strives to make intersectional interventions through its organizing—most recently by challenging mainstream calls for more policing and prosecution in response to bias-motivated violence. Instead, GAPIMNY demands systemic reforms that will address the root causes of violence in the United States and abroad.

The prehistory of GAPIMNY includes a 1988 Northeast retreat with GAPIMNY’s would-be founders and Kiyoshi Kuromiya, among other Asian gays and lesbians. These gatherings gave queer Asian Americans the opportunities to find one another and organize at a time when it was very difficult to do so. Despite the overwhelming whiteness of most LGBTQ+ spaces and documented LGBTQ+ history, Asian Americans have been part of LGBTQ+ organizing for decades, and were also at the first National March on Washington for Lesbian and Gay Rights on October 14, 1979. In addition, much of the foundational organizing in the 1970s and 1980s was led by Asian American lesbians in relation to cross-racial organizing with Black and Latinx queer community groups, and that organizing provided vital connections.

From Past to Present, Liberation Is a Collective Process

LGBTQ+ history, like the histories of all marginalized people, is often made invisible. This is particularly true for those who occupy multiple axes of oppression. To be clear, however, remembering our community members is not just a desire for representation. When we remember Rivera, Johnson, and Kuromiya, we are reclaiming revolutionary possibilities of who we can choose to be. Queerness does not simply seek inclusion in the mainstream or for LGBTQ+ people to be reflected in oppressive systems and institutions, but it challenges normativity and demands transformation from the margins.

Further, celebrating these individuals is about more than just celebrating the individual—because they organized collectively and in relation to community groups and organizations. The relationship between Sylvia Rivera and Marsha P. Johnson was rooted in care and friendship. In 1970, they organized Street Transvestite Action Revolutionaries (STAR) to provide shelter and mutual aid for homeless queer and trans youth.

Currently, there are many Black and brown trans-led organizations that build upon this intersectional work on everything from creating housing for trans people across the United States to providing legal services for low income trans people of color and leading campaigns against state violence. We must not forget Lorena Borjas as well, who passed away last year due to COVID-19 complications. Borjas leaves behind an incredible organization that she founded, Colectivo Intercultural TRANSgrediendo (CITG), which serves the trans Latinx community in Jackson Heights, Queens.

In recent years, trans women of color have became increasingly visible as leaders speaking, organizing, and advocating for themselves and their communities. It was Jennicet Gutiérrez, an undocumented trans activist from Familia: Trans Queer Liberation Movement, who courageously challenged President Obama on his deportation policy at a White House event on marriage equality in 2015, during Pride Month. She interrupted his speech, “President Obama, stop the torture and abuse of trans women in detention centers!” and called for ending deportations. In response, the predominantly white LGBTQ+ advocates in that room shushed and booed at her. That moment harkens back to 1973, when Sylvia Rivera was booed by white cisgender gays and lesbians as she cried out for justice for queer and trans people who were incarcerated and resisting state violence.

Gutiérrez is among many incredible Black and Latinx trans women leading LGBTQ+ movements.  Cecilia Gentili and TS Candii have been instrumental in the Decrim NY coalition’s campaign to decriminalize sex work. Ceyenne Doroshaw, founder of the organization GLITS, is developing housing for Black and brown queer and trans people in Woodhaven, Queens.  Stefanie Rivera of the Sylvia Rivera Law Project provides legal services to low income transgender people of color. Those leaders are among a whole new generation of seasoned activists, organizers and changemakers, and they can use all of our support.

In the words of Angela Davis, “It is in collectivities that we find reservoirs of hope and optimism.” By reflecting on figures like Sylvia Rivera and Marsha P. Johnson, Kiyoshi Kuromiya, or any contemporary organizers and groups, we are reminded that collective liberation means that we build on the struggles of those who came before us and we never do this work alone. We can draw on our queer and trans ancestors, and one another, for strength to persevere in the fight for liberation for all of us.

The WNET Group’s new Community Connections column, developed by  Community Engagement in partnership with Diversity, Equity & Inclusion, lifts up the communities and icons behind National Heritage observances.
Get a roundup of broadcast and digital premieres, special offers, and events with our weekly newsletter.
READ NEXT
Responding to LGBTQ+ Youth Mental Health Challenges