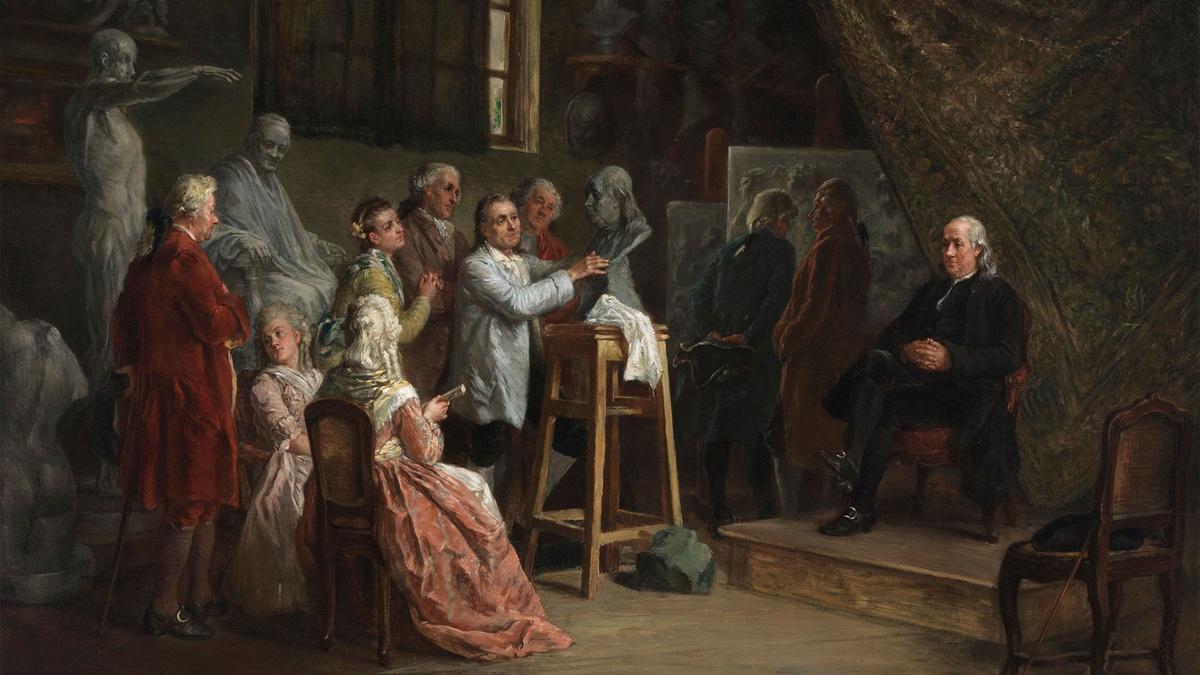 Benjamin Franklin was one of the 18th century’s most consequential figures, and perhaps after George Washington, is the American revolutionary most commonly referenced, often enough to earn him a nickname, Ben. He was not just a Colonist who rebelled, but an intellectual who shaped the United States and an inventor whose discoveries benefitted progress in the new country. Ken Burns’s new two-part, four-hour documentary explores the innovator’s life, adding to the collection of Ken Burns films on PBS.

Benjamin Franklin (1706 – 1790) was a prolific writer and publisher, a groundbreaking scientist and inventor, a world-renowned diplomat and a signer of both the Declaration of Independence and the United States Constitution. Franklin, whose life has been celebrated as a quintessential American story, was anything but typical. His 84 years spanned nearly the entire 18th century, an epoch of revolutionary change in science, technology, literature, politics and government – change that Franklin himself helped to advance. He launched the first public library in America, organized a volunteer fire company, and founded an academy that eventually became the University of Pennsylvania. His annual publication, “Poor Richard’s Almanack,” set a model for future humorists such as Mark Twain and contained maxims that are still part of our shared lexicon. And his famous experiments with electricity led to one of his most important inventions – the lightning rod. The series also explores Franklin’s complexities and contradictions. He could be whimsical yet philosophical, folksy yet unforgiving, generous yet shrewdly calculating, and broadminded yet deeply prejudiced. Critically, especially for a man so associated with independence and individual liberty, Franklin enslaved people and did not become an abolitionist until very late in life.

The Franklin household had at least six enslaved individuals, including Peter, Jemima, Othello, George, John and King. Franklin’s newspaper, The Pennsylvania Gazette, also advertised the sale of enslaved people and published notices of runaways. And while he publicly denounced white settlers who indiscriminately killed Indigenous people, he also championed the expansion of white settlements on to Indigenous lands. Voices you might recognize in the series include those of actors Mandy Patinkin (who voices Franklin), and Carolyn McCormick, Josh Lucas, Paul Giamatti and Liam Neeson. The film is narrated by Peter Coyote (Hemingway, Country Music, The Vietnam War). Interviews with the country’s leading scholars of early American history include Franklin biographer Walter Isaacson (author Benjamin Franklin: An American Life and co-host, Amanpour and Company), who served as a senior advisor to the production. Isaacson will speak about Benjamin Franklin and the documentary with Tom Stewart on an upcoming episode of the WNET UP NEXT podcast.

Stream the film Benjamin Franklin on THIRTEEN Explore and PBS apps, and thirteen.org/live the night of broadcast. Watch clips now, which feature series excerpts, including when Franklin lost his four-year-old son in a small pox epidemic.